However, when it comes to determining the most popular dog breeds in the world, there are a few factors that come into play.

The first factor is the size of the breed. Smaller dog breeds are typically more popular than larger ones, as they are easy to take care of and require less space. Additionally, according to research smaller dog breeds tend to live longer than their larger counterparts.

The second factor is the temperament of the breed. Dog breeds that are considered to be friendly and good with children are typically more popular than those that are not. Additionally, certain dog breeds have been bred specifically for certain tasks or jobs, such as herding or hunting, and these breeds are also typically more popular than those that have not been bred for a specific purpose.

The third factor is the country of origin of the breed. Dog breeds that originated in countries with a large populations are typically more popular than those that originated in smaller countries. Because the larger the population of a country, the more likely it is that people will be exposed to the breed and become familiar with it.

The fourth and final factor is the coat of the breed. Dog breeds with long coats are typically more popular than those with short coats, as they tend to be considered more aesthetically pleasing. Additionally, certain long-coated dog breeds do not shed as much as their shorter-coated counterparts, which is another factor that can make them more popular.

Top Dog Breeds In The World

The Labrador Retriever is the number one dog breed in the world, and there are many reasons for this. They are extremely active, intelligent, and loyal dogs that have a lot of love to give. This breed is also very popular in the United States. Because of their popularity, they are often used as service dogs and are trained to perform a variety of tasks.

Golden retrievers are almost as popular as Labradors in the US, which is why they’re ranked number two on our list of best dog breeds. These furry companions love water, and they are great at hunting. They have a lot of energy which makes them good for people who like to go on walks or hike. The best part is that they get along with just about everyone, including kids and other animals. They also belong to the most intelligent dogs on Earth.

The German Shepherd dog is among the most clever dog breeds known. Because of this, many police officers use them as working dogs because it’s easy to teach them new things. They are incredibly devoted and protective of their owners, making them excellent family pets.

As long as you train your German Shepherd early on, they will be eager to please you. They also have a very high memory, so whatever training you undertake with them will be remembered. Also the third most popular dog in the world.

The poodle is an extremely smart dog that is known for being easy to train. Their hair can be groomed into many different styles which means there are many poodle breeds. You can find everything from toy poodles to giant standard poodles.

Since the poodle comes in three sizes, this makes it perfect if you want a large or small dog. They’re definitely one of the most popular breeds too; there’s even a dog called the toy poodle.

Did you know that the French bulldog is the 5th most popular dog breed? If you live in a small place and want a small dog, this might be the right choice for you. They may look intimidating because of their short muzzle and droopy eyes, but they’re actually very friendly dogs.

The beagle is one of our favorite breeds on the list. Just like its name suggests, it’s known for being very good at hunting. It’s a very energetic dog that will love going for walks and playing fetch.

They’re not picky eaters either, so they don’t have to be fed many meals throughout the day. Beagles usually weigh between 20-25 pounds, which makes them one of the less heavy breeds on our list.

The bloodhound is a very mellow breed of dog which means it’ll be good if you prefer a calm animal around your house. The name “bloodhound” comes from their excellent sense of smell.

The chihuahua is the smallest breed on our list, but it’s also one of the most popular. They are very loyal to their owners which makes them look adorable when they want to cuddle with you. Chihuahuas have a reputation for being very protective of their families, so this would be a good dog if you’re looking for increased security in your household.

The bearded collie is a very social breed of dog that loves being around children. They’re known for being extremely laid-back, so if you just want an animal to lay on the couch with all day long, this might be the right choice for you.

Bearded collies are often used as sheep herding dogs because of their ability to work well in groups. The bearded collie also needs exercise or else it’ll become restless and hard to control.

Last but not least I have one of the most popular small dog breeds: Yorkshire terriers. This is probably because they don’t require much exercise and they’re adorable when they frolic in your home.

Dog breeds are not all the same. Some canines have better temperaments than others, some can manage more tough settings or duties than others, and some simply look cool. So this is the list of the top 10 dog breeds to assist you in selecting your favorite.

If you’re searching for a new dog and want to discover one that matches your personality or lifestyle, these breeds may be precisely what you’re looking for. I hope this list has been useful in your search for the ideal canine friend.

Ans: Based on recent data from the American Kennel Club, German Shepherds and Golden Retrievers are the most popular dog breeds in the US in 2022. This is likely due to a combination of factors, including their reputation as being great family pets, their loyalty, and their overall tractability.

Ans: Believe it or not, the Labrador retriever was the most popular breed of dog in 2021. This friendly and playful breed is a great family pet and is known for its intelligence and easy-going nature. Labs are also one of the most versatile breeds, excelling at everything from hunting to obedience competitions. So if you’re looking for a canine companion who will be by your side through thick and thin, the Labrador retriever is certainly worth considering.

Q. What Is the Most Intelligent Dog?

Ans: According to The Intelligence of Dogs, Border collie breed dogs are the most intelligent. They are able to learn up to 1,000 words and have a vocabulary of about 10,000 commands. These dogs are also able to understand human body language and facial expressions. 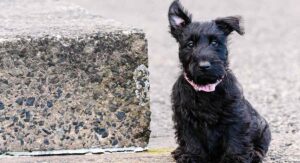 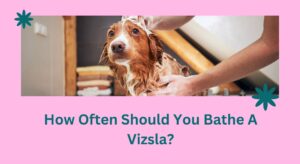